7th Pay Commission: After these 5 gifts to employees, will PM Modi make another big announcement on August 15? 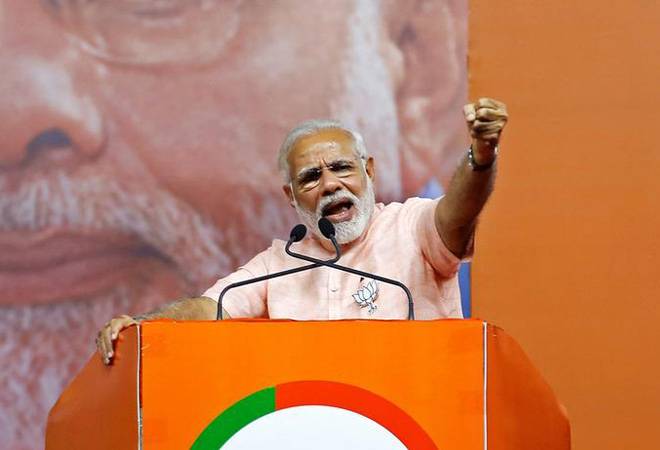 Though the salaries of the central government employees were increased by 14 per cent from January 2016, the hike, as per the employees, is not enough because of the rising cost of living and high inflation.

The Narendra Modi government has offered five different benefits for the government employees during its fouryear rule, but is there anything more it could offer to appease them? Speculation is rife that the BJPled government at the centre would make two big announcements on Independence Day, which would set the stage for the upcoming Lok Sabha Elections in 2019. The announcements are speculated to be pay hike beyond 7th Pay Commission recommendations and increase of retirement age to 62. This could well be PM Modi's trump card to bring over 1 crore central government employees a voter base no party would want to squander to the BJP fold.

Though the salaries of the central government employees were increased by 14 per cent from January 2016, the hike, as per the employees, is not enough because of the rising cost of living and high inflation. They have requested the government to increase the 'minimum pay and fitment factor' beyond the recommendation of the 7th Pay Commission, but the centre, so far, is tight-lipped.

That the Modi government has done a lot for the employees can't be ignored. From the implementation of the 7th pay commission to an increase in the salaries of rural postal employees and a hike in deputation allowance, there are several benefits the present government has given to make them happy.

Increased salary benefits for 8 lakh teachers
In October 2017, the centre government, implementing the recommendations of the 7th Pay Commission, increased the salaries of over 8 lakh teachers of the Universities Grant Commission (UGC) and the UCG-financed institutions. These employees would get salaries between the range of Rs 10,400 and Rs 49,800.

Benefits to over 25,000 pensioners
Union HRD Minister Prakash Javadekar on Tuesday said the centre has revised the pension of retired faculty and other non-teaching staff in central universities and colleges under the 7th Central Pay Commission, which would benefit around 25,000 pensioners. He added they would be given benefits to the tune of Rs 6,000 to Rs 18,000. Besides, the decision will also affect over 23 lakh employees -- retired from state universities and affiliated colleges -- who have adopted the prescribed pay scales.